Sparkle Redberry in the entrance hall of the castle.

This has to be done as the original character and not as Santa, because Santa has no need to defeat the fingerprint sensor. 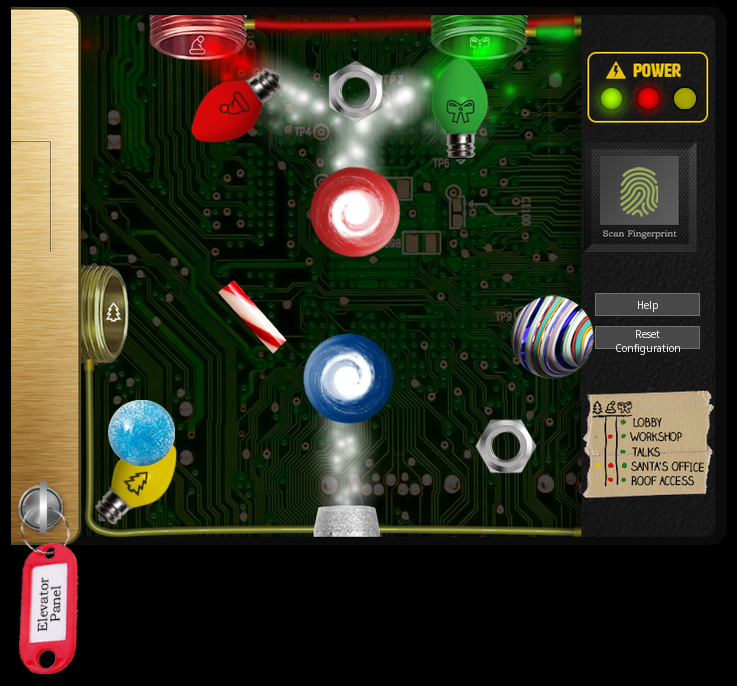 So all buttons are active except for "Santa's Office", which needs the yellow receiver to be working. But looking at the code this can be bypassed.

I initially spent a lot of time trying to set variables from the https://2020.kringlecon.com page into the iframe that is the panel. This is fruitless and unnecessary. I was not aware that to get the context to change to the iframe I simply had to stop the code while it was in the iframe, i.e. set a breakpoint using the debugger in the Web Development tools.

Firstly, there is a conditional statement at line 512 of app.js that can stop the javascript running so that settings can be influenced. A breakpoint can be placed in the code at this point, but it is necessary to allow the code to run at least once to initialise all of the variables.

Line 507 of app.js indicates what needs to be active for button 4, Santa's Office, to be active:

All elements of the array powered, which is the variable that indicates which of the colour receivers are active, must be true and the classList for btn4 needs to include powered. This is sufficient to open the fingerprint panel.

However, the fingerprint sensor will only operate if tokens contains 'besanta'. See line 354 of app.js:

Therefore are several variables that need to be set using the console: 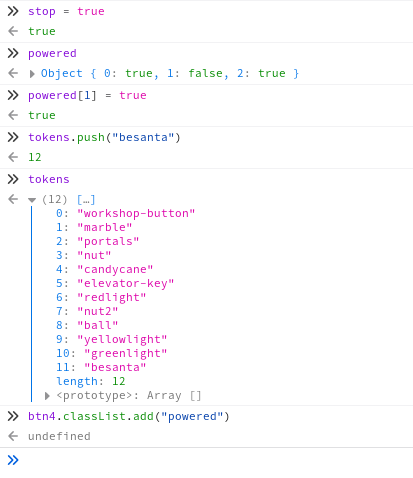 If the panel is closed all buttons will be seen to be active (yellow surround). 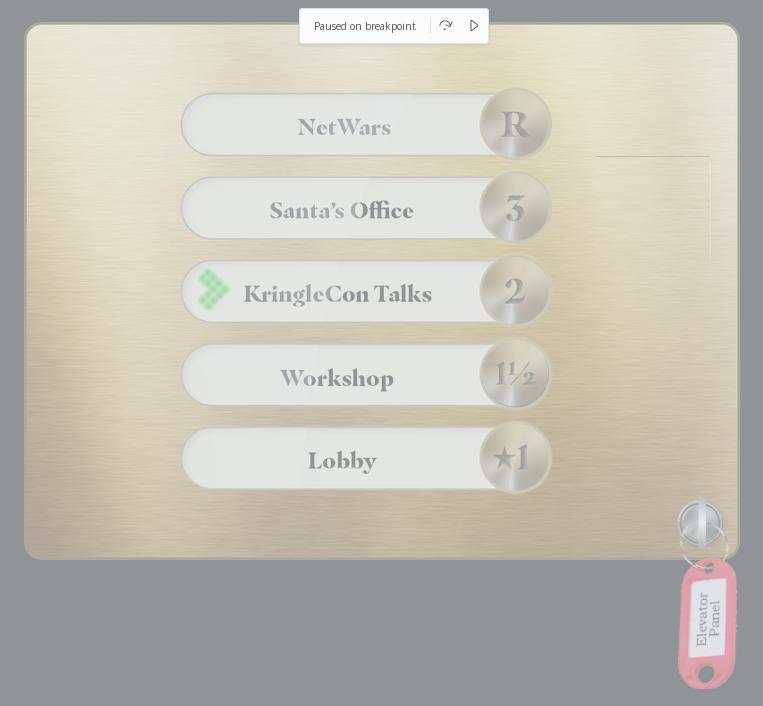 The breakpoint can now be removed and the code can be allowed to run. 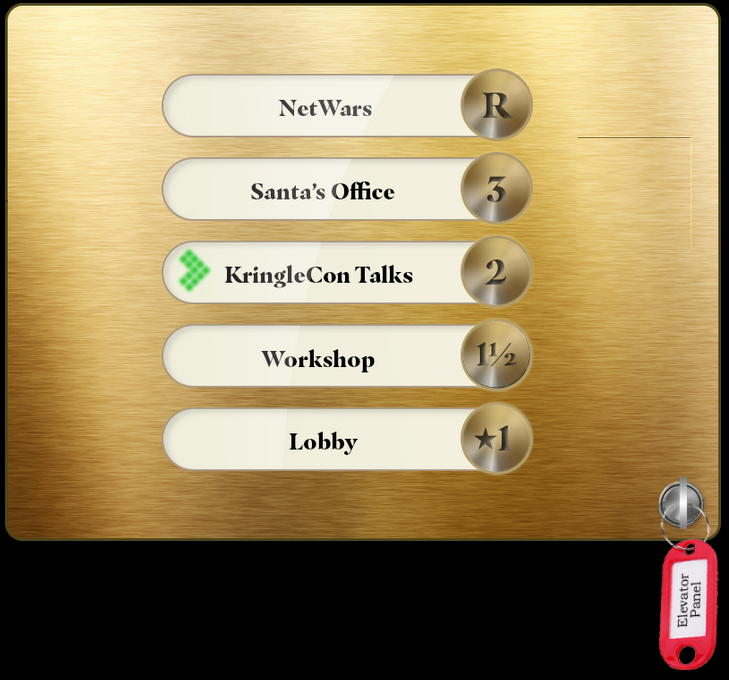 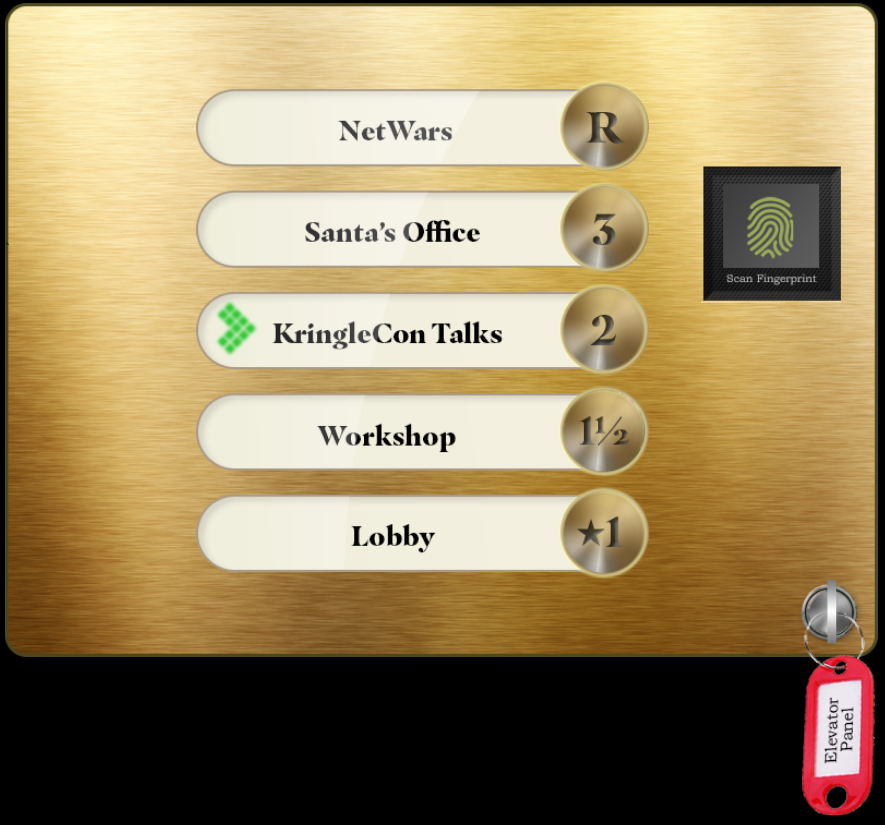 Clicking on the number 3 button next to "Santa's Office" opens the fingerprint sensor panel and it can now be clicked successfully.

How did you get in here??

I mean, hey, I'm impressed you made it in here, but you've got to leave! 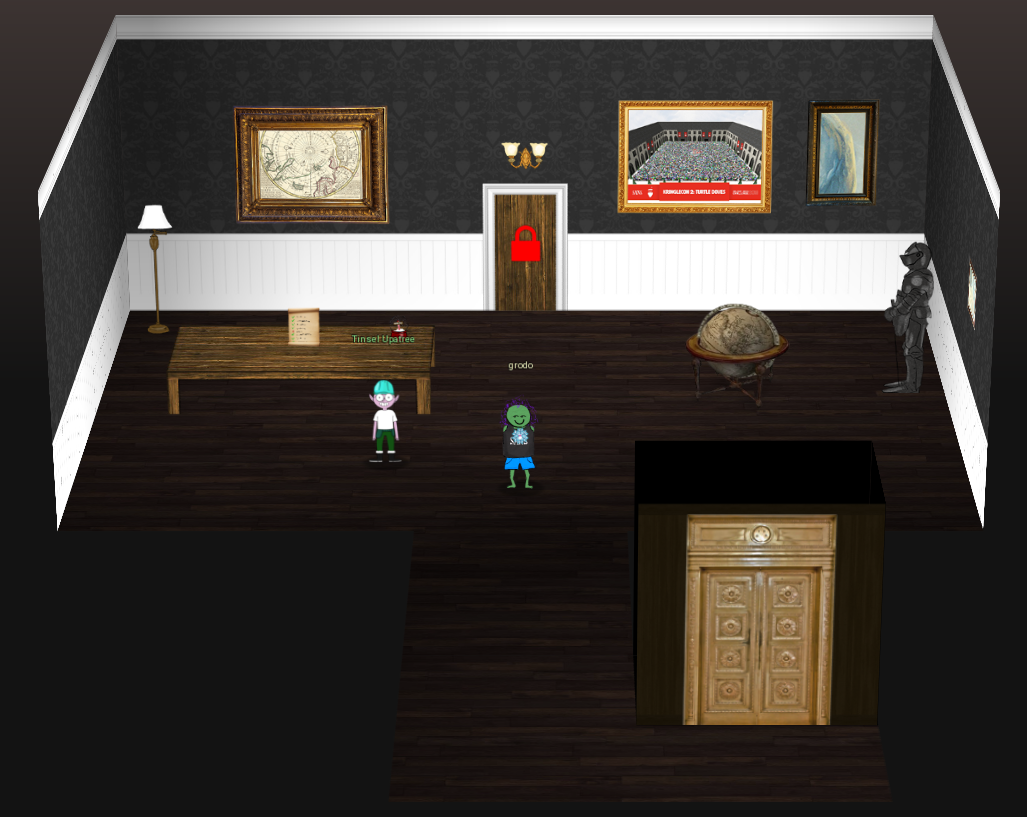