Sparkle Redberry in the entrance hall of the castle.

The Santavator is on the fritz. Something with the wiring is grinchy, but maybe you can rig something up?

On another note, I heard Santa say that he was thinking of canceling KringleCon this year!

At first, I thought it was a joke, but he seemed serious. I’m glad he changed his mind.

Have you had a chance to look at the Santavator yet?

With that key, you can look under the panel and see the Super Santavator Sparkle Stream (S4).

To get to different floors, you'll need to power the various colored receivers.

By the stage that I attempted this challenge I had picked up 3 items:

This allowed the following layout of the objects to get enough sparkles to go into the green receiver. 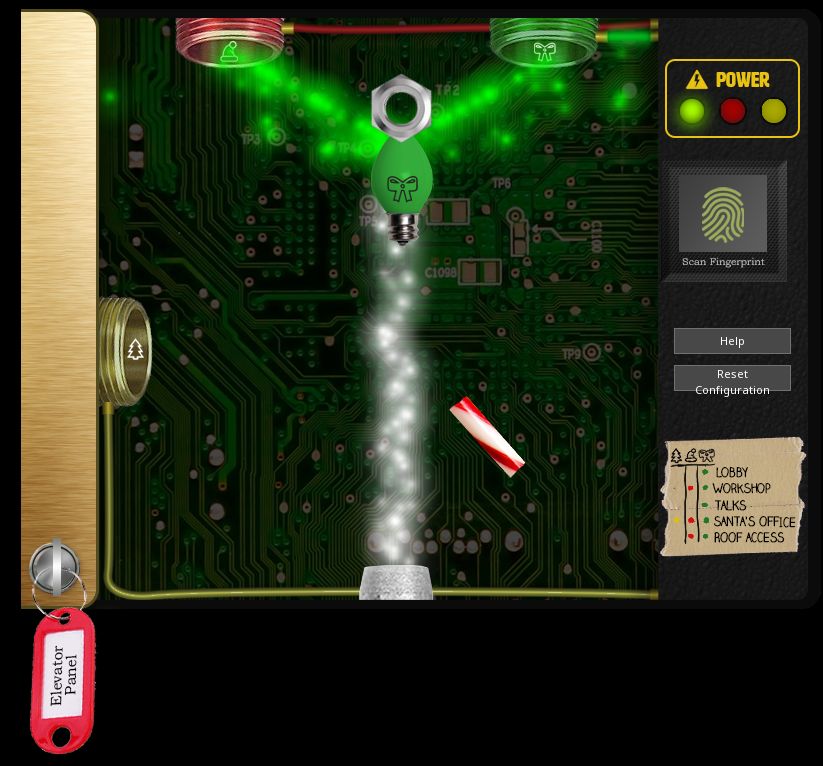 It is worth noting that there is a small scrap of paper stuck in the bottom right corner of the panel that lets you know which floors need which colours. At this point the Santavator can move between the "Lobby" and the "Talks".

With the panel closed, the buttons for "Lobby" and "KringleCon Talks" are now usable. 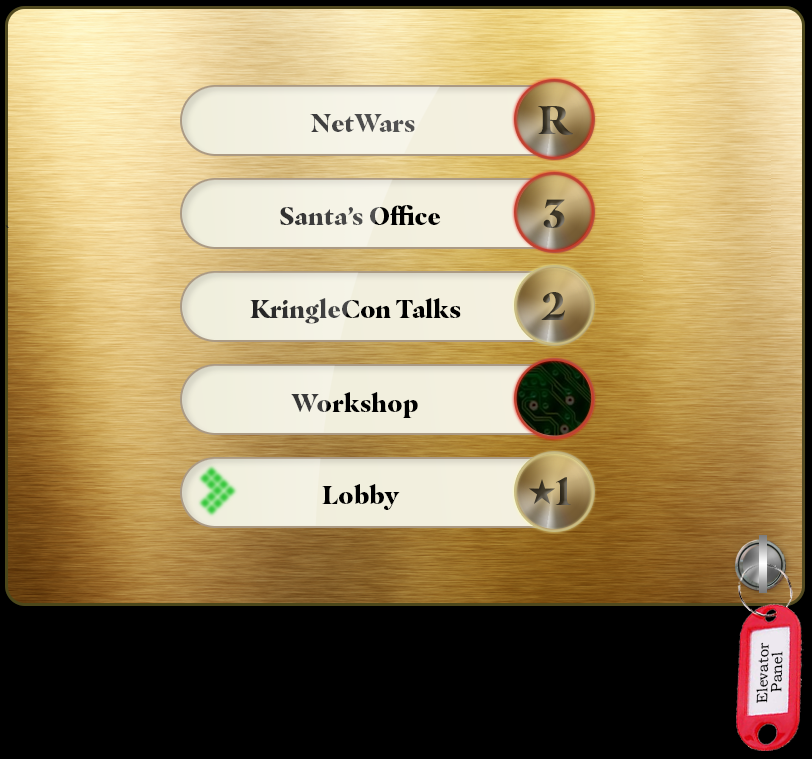 Clicking either of the buttons with operate the Santavator.

There is the layout of objects in the Santavator as show above, but there is also a Javascript bypass, of which there will be more in Defeat Fingerprint Sensor

Other items that may help to control the Santavator will be found as follows:

I managed to pick up a second Nut beside the Elf Code machine in the Dining Room but I never actually saw it and it was much, much later in the game. I never did find the small marble.